Like Natural family planning methods, there are majority of Modern family planning methods which are very effective and can be adopted with out stress.
These are:
1. Injectable Hormonal Drugs/ Injection
These are also called Injections. This method involves injecting a hormone called PROGESTERONE into  the woman’s body. This hormone prevents OVULATION . It last for two to three months in the body of a woman and it is repeated at the interval of every two to three months , unless pregnancy is needed.
This injection must be given by a qualified Medical Doctor or Midwife because it has some side effects.
It is a very sure way of family planning methods and it also very useful to women who have stopped child bearing.

2.Contraceptive Pills
These are tablets which are taken daily by women. This Pill contains Hormones  which prevent Ovulation or the release of egg from the Ovary.
A Doctor must be consulted to recommend the particular type of Pills suitable for her body. One pill is taken every day for 21 days . No pill is taken for the remaining seven days so as to allow mensuration to occur.
This method is very reliable but it is safer for the woman to use spermicidal cream in addition.

3. Norplants:
This Drug is inplanted subdermally (under the Skin) into the Arm to prevent Pregnancy .
It lasts for five years . It is could be removed whenever pregnancy is desired.

4. Diaphragm:
This is also called Cap.
It is a thin rounded rubber sheet which is inserted into the Vagina by the woman before sexual intercourse to prevent Sperm from reaching the Uterus and Oviduct or fallopian tube where fertilisation occurs.
It is removed eight hours after sex . it is not very reliable because some sperm may escape into the vagina and this may cause pregnancy.
Therefore it is advisable to use Diaphragm in combination with Spermicidal cream or tablet.
5.The Use Of Condom
Condoms are rubber sheets which can be worn by a man or woman over the penis or vagina respectively before sexual intercourse.
A man fits the condom over his erected pennies before having sexual intercourse. The sperm are discharged into the condom instead of  the woman vagina.
During ejaculation by the man, the sperm discharged are collected within the condom thereby preventing them from entering into the vagina of the woman. This works very well in preventing pregnancy and at the same time protect the man against sexually Transmitted Diseases, such as syphilis, gonorrhea , Etc.
The female Condom on the other hand , is fitted inside the vagina to cover the vagina and cervix and tired externally to the woman’s body . Sperm are prevented from reaching the ovum.
One condom should not be used twice because it may burst.
It is not 100% safe  as some sperm may escape into the vagina and cause pregnancy.
Therefore, spermicidal cream should be used in addition.
6. Spermicidal Cream or Forming Tablet
These creams or Forming tablets kill the sperm thereby preventing them from reaching the Egg.
A woman applies such a cream or tablet right inside her Vagina about 5–10 minutes before sexual intercourse.
During Ejaculation by the man, the sperm discharged are killed by the Spermicide , hence pregnancy is prevented. This method is not very reliable because sometimes , not all the sperm may be killed. Therefore  it is medically advisable to use condom or Diaphragm in addition.
7. Sterilization
This is done by surgical operation.
It involves the cutting or tying of the sperm ducts in the case of a man and cutting of the Oviduct (Fallopian tubes) in the case of the the woman.
Sterilization is done by couples who do not want more children. It is an irreversible birth control method.
In other words, once it is done, one can not reverse it. It is the surest method.
Sterilization in men is called Vasectomy ,and in women it called Tubal Ligation.
It is very reliable and must be done by a qualified Medical Doctor.
8. Intra-Uterine Device ( IUD)
This is a metal or plastic coil or loop that is inserted into the Uterus of a woman . It is usually done by a qualified medical Doctor or any Midwife .
IUD prevents Fertilization of the Ovum or Implantation of the ZYGOTE in the Uterus.
It is a very safe method. It may stay for 10–12 years in a woman’s body but the woman must go for checkups at interval of 3months to make sure it is in proper position. If it is out of position, pregnancy can occur. This Device is left in the uterus until it is necessary to replace or remove it.  When properly inserted, IUD is very reliable and economical as well.
IUD can be removed if pregnancy is needed. 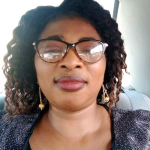 ← How To Treat HIV/AIDS: All you need to know about HIV ← How To Know The Home Pregnancy Test To Use.